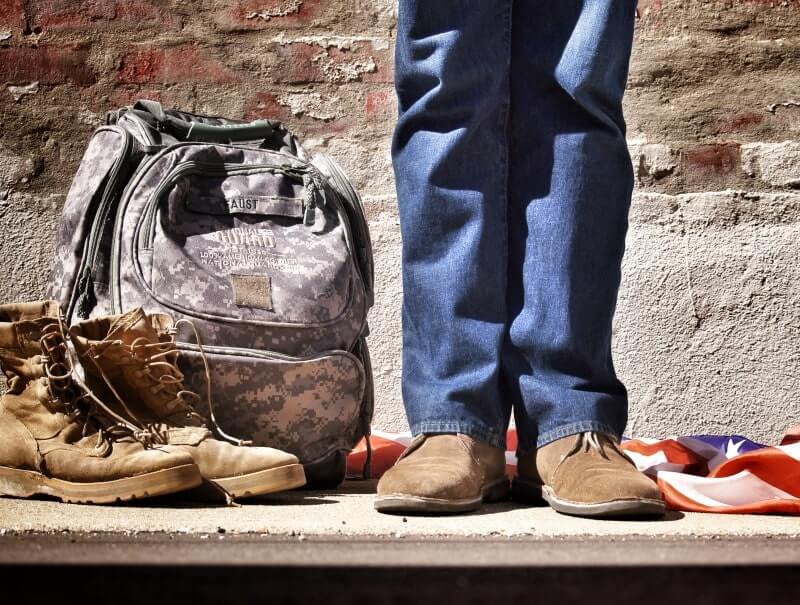 What Can Cannabis Do for Veterans?

So many veterans return from the military with chronic pain, TBI, and PTSD, and the VA struggles to help them all, as they’re overwhelmed by the sheer number of veterans who need support. But what if there was a solution that could have numerous potential benefits for many of the issues with which veterans struggle? Could medical marijuana for veterans ease their symptoms and help the VA provide relief for more people?

At Texas 420 Doctors, we believe that medical cannabis for veterans has many potential benefits. If you’re curious about the legality of medical marijuana and what it could possibly do for veterans, read on here to learn more.

The legal status of marijuana has seen many changes over the last few years. Many states have changed their laws to reflect the possibility that marijuana could be a viable source of medicine for people suffering from chronic pain, seizures, cancer, and more. Currently, the District of Columbia and 33 states have approved medical marijuana programs. In addition, some states have decriminalized marijuana, even if they haven’t officially legalized it.

In states where medical marijuana is legal, like Texas, you have to undergo an exam with a doctor to confirm that you’re qualified to use medical marijuana. There is a very specific list of qualifying conditions, including:

Unfortunately, many VA physicians are dealing with ethical and legal barriers when deciding whether medical marijuana is appropriate for veterans. While medical cannabis may be legal locally, it is still a federally prohibited drug.

Medical Marijuana for Veterans & the VA

In order to allow the VA to prescribe medical cannabis for veterans, the Veterans Medical Marijuana Safe Harbor Act was first introduced to the Senate in 2019. It was later reintroduced to Congress in 2021. This bill would allow physicians at the VA to prescribe medical marijuana to veterans in states that already have existing exemptions for medical cannabis use. The bill would also encourage the VA to conduct more research into medical marijuana and its viability for managing chronic pain, minimizing PTSD trauma, and reducing opioid abuse.

Anecdotally, veterans who have been diagnosed with PTSD have found that cannabis has the potential to help them manage their symptoms. These reports encouraged several studies into how medical marijuana for veterans affects their PTSD. Recent research has shown that cannabis may reduce flashbacks by over 50%, irritability by 67%, intrusive thoughts about traumatic events by 62%, and anxiety by 57%. While these studies show positive short-term benefits, they’re still exploring the long-term effects of using medical cannabis to treat veterans with PTSD.

Traumatic brain injuries are just now coming to light as a serious medical concern for veterans. Historically, TBI issues have often gone unreported and unrecognized, allowing symptoms to worsen over time. Since TBI has been established as a valid medical condition, scientists have been looking at a correlation between it and marijuana to explore any benefits. Researchers have already found that marijuana exhibits neuroprotective and psychotherapeutic properties, and some studies are interested in the long-term effects of medical marijuana on the brain.

As one of the most common reasons Americans seek medical care, it’s no surprise that knee, back, and joint pain sends veterans to the VA in droves. Results from a recent study showed that over 60% of people who utilize medical cannabis do so to manage their pain.

Other studies examined how many people found marijuana to be an effective tool for pain relief, while still more studies looked into how many people were able to stop or reduce their dependence on OTC and opioid pain medication once they started using medical marijuana. These studies found that about 82% of people found medical marijuana very helpful for pain management and 86% of participants claimed they significantly reduced the use of OTC and opioid pain relievers.

The Department of Veteran Affairs reports that veterans are two times more likely than non-veterans to die from an accidental overdose. Advocates for medical marijuana programs believe that access to medical marijuana for veterans could help alleviate alcohol and opioid addictions.

Can You Get Medical Marijuana Through the VA?

Because of federal restrictions, medical marijuana for veterans through the VA is prohibited. VA doctors are not allowed to recommend or provide medical marijuana as a treatment option. Even if veterans have obtained marijuana through state-sanctioned programs, they should never bring their cannabis to a VA facility.

However, even though the VA cannot condone medical marijuana usage, no veteran will be denied their benefits if they choose to participate in a state-sanctioned medical marijuana program. Veterans are able to discuss cannabis use with their prescribing doctor to ensure their treatment plans are adjusted as needed.

If you’re a veteran who’s considering medical marijuana to manage your diagnosis, Texas 420 Doctors is here to help. While your VA insurance may not cover consultation with our doctors or the purchase of marijuana, we’ve made it affordable and easy to pay the costs out of pocket – especially with the discounts we offer for service members and seniors!
Don’t let your medical concerns go untreated! Reach out to Texas 420 Doctors today to learn more about options for medical marijuana for veterans and to see if you qualify.