Qualifying for Medical Cannabis in Texas

Qualifying for Medical Cannabis in Texas 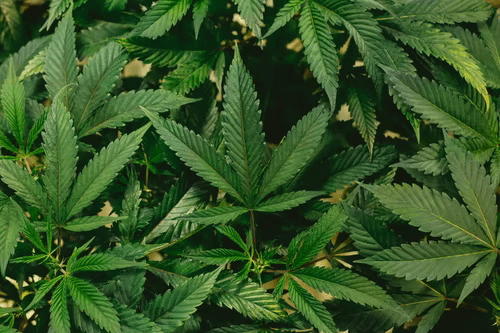 Many states have legalized marijuana for either or both medical and recreational use. Texas restricts marijuana use to only certain qualifying medical conditions. In 2015, Texas legalized low-THC cannabis use for people suffering from certain forms of epilepsy with the passage of the Texas Compassionate-Use Act. The state expanded this law in both 2019 and 2021 to approve medical marijuana use in association with other conditions as well.

Here, we’ll outline how to qualify for a medical marijuana card in Texas in detail.

Texas limits cannabis to low-dose THC. To be considered “low,” medicinal marijuana should contain no more than 1% THC by weight. Research suggests that this is enough to achieve the desired health effect for relief from various health symptoms that we’ll explore in just a bit. Low-THC cannabis comes from all parts of the plant known as Cannabis sativa. A Texas medical marijuana card allows Texas residents to purchase cannabis, but only in forms that can be swallowed. Smoking cannabis hasn't been legalized by the state.

Generally speaking, of course, cannabis has been used since prehistoric times. There’s evidence that people living on the Oki Islands near Japan may have been using the plant as long ago as 8000 BC. However, cannabis is actually native to Central Asia and parts of India. It spread both east and west so that by 3000 BC, it was well-known to many peoples of the ancient world. Today, cannabis is used both medicinally and recreationally in many parts of the world, but battles for legalization continue. Texas is still regarded as a strictly regulated state with an extremely limited allowance of the drug, but arguments continue as more research is uncovered detailing the positive medicinal effects of the drug.

What Are the Qualifying Conditions for a Medical Marijuana Card in Texas?

In order to qualify for medical marijuana in the state of Texas, you may be diagnosed with any of the following health conditions, according to the state’s Compassionate-Use Act. These conditions include:

A recent addition to this list, as of September 2021, is post-traumatic stress disorder (PTSD).

How Does Cannabis Help People Suffering from Certain Medical Conditions?

The most common reason that doctors issue a medical marijuana card in Texas and the United States is to treat pain. Many of the conditions listed above are associated with chronic pain. Although cannabis isn’t powerful enough to treat severe pain such as that associated with a broken bone, it can reduce chronic pain, allowing patients to experience relief for an improved quality of life.

Many physicians have been part of the lobby to further liberalize the qualifying conditions for medical marijuana cards in Texas and elsewhere because it is a safer alternative for pain treatment than opioids like Hydrocodone or Fentanyl. Of course, opioids are effective for treating severe pain, but for chronic, lingering pain, many doctors like having the option to prescribe low-THC cannabis to reduce their patients’ discomfort. Medical cannabis has far less potential to become addictive than opioids and virtually no association with overdose.

Many patients who might benefit by taking NSAIDs, such as ibuprofen, for pain reduction may not be able to take over-the-counter pain relievers because of kidney problems or certain digestive tract issues. For these cases, Texas offers a medical marijuana card as a safer alternative.

Medical researchers have found that medical cannabis is particularly effective for treating pain associated with conditions such as multiple sclerosis and conditions that involve nerve pain. Unfortunately, drugs that have currently been prescribed to treat these forms of pain can cause severe drowsiness. Patients who take medical cannabis for nerve pain have reported feeling reduced levels of pain without experiencing increased fatigue. They also report that they are able to resume many of their previous activities.

Patients who take medical marijuana for Parkinson’s disease report feeling less muscle pain and reduced tremors. Although endometriosis or fibromyalgia aren’t qualifying conditions in the state of Texas, a medical marijuana card has been issued to patients with these conditions in other states in order to relieve the associated pain.

What Is the Latest on Medical Marijuana Research?

It’s not surprising that cannabis is a popular topic in the world of medical and scientific research. In fact, there are many promising studies involving medical marijuana for the treatment of additional conditions such as post-traumatic stress disorder. The doors to research have been thrown open to scientists, according to news organizations such as NPR. It reports that “After more than 50 years, the federal government is lifting a roadblock to cannabis research that scientists and advocates say has hindered rigorous studies of the plant and possible drug development.”

Now that researchers can obtain marijuana and perform their studies using humans in their trials, they’re launching many exciting new research plans that may further affect the provision of medical marijuana cards in many states, including Texas. The government is allowing more companies to produce medical marijuana for use in studies and no longer blocking the efforts of researchers to obtain the drug for their study purposes.

According to scientists, there are literally “thousands of different cannabis varieties.” Their different compounds can have differing effects on health conditions. Patients who are interested in subsequent medical cannabis research will have little trouble locating it online. Some other current studies involving cannabis include:

Who Can Issue a Medical Marijuana Card in Texas?

Only doctors who have registered with the state of Texas to prescribe cannabis can legally prescribe it to patients. This mandate is part of the state’s Compassionate-Use Act.

Steps to Qualify for Medical Cannabis

Qualifying for medical cannabis in Texas involves some relatively basic steps. First, you must be a Texas resident. Next, you must have a qualifying condition for a medical marijuana card in Texas, with proof of its diagnosis. Finally, you’ll need a prescription from a physician who is state-approved/registered to prescribe medical marijuana. As we discussed earlier, not all physicians are registered with the state to prescribe medical cannabis. Only registered doctors can prescribe cannabis to patients. If your current physician is not registered, they may refer you to a provider who is. Alternatively, you can quickly and easily confirm your eligibility and schedule an appointment with a board-certified and CURT-registered physician with Texas 420 Doctors.

What Is “CURT” and What Do I Need to Know About It?

If you have a qualifying condition for a medical marijuana card in Texas, your prescribing physician can register you for CURT, which is short for Compassionate Use Registry of Texas. Patients must be registered with the CURT system to obtain prescriptions for their legal medical cannabis.

Will Texas Expand Its Compassionate-Use Act in the Future?

Since the initial passage of the Compassionate-Use Act in 2015, Texas legislators have expanded the law twice. It’s very likely that legislators may do so again in future years. Expanded medical marijuana card use in Texas has many supporters. Texas has also garnered substantial criticism for its strict medical cannabis legislation and the cumbersome bureaucratic process to obtain a cannabis prescription, which critics believe has prevented many qualifying patients from getting the relief they need.

In fact, some Texas legislators have pointed to Oklahoma as an example of where the state should be headed in terms of prescribing practices. Oklahoma has 25 million fewer residents than Texas, but 100 times the number of registered patients who can access medical marijuana. Many groups that include physicians do not regard Texas as a “true” medical marijuana state because its program is so limited. As more research is published and increasing pressure is put on the state by the public to increase the number of qualifying conditions for medical marijuana cards in Texas, it may well legalize THC-cannabis for other conditions or improve accessibility to medical cannabis.
Keep up with the Texas 420 Doctors blog for more information and regular updates on medical cannabis in Texas.