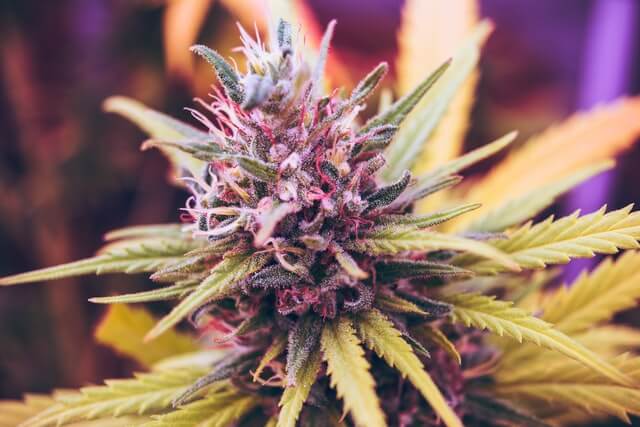 4/20 — the day tens of thousands of Americans, and let’s be fair, people worldwide, gather to celebrate marijuana — a drug that still happens to be federally illegal. If you live in a state where cannabis is recreationally legal, it’s a great reason to relax and celebrate with friends and strangers and partake in what has become a global counterculture holiday. Celebrations are somewhat more muted in the 19 states where recreational marijuana is technically not permitted, but largely decriminalized. The history of 420 is a bit more checkered in the remaining 13 states, including Texas, where recreational marijuana is still fully illegal.

One of the most interesting things about the 420 holiday is that not many people know why that date was chosen. In fact, it could be said that hardly anyone knows the real origins of 420. There are a few different explanations for it, including a delightfully ironic one that 420 was the California police code for marijuana smoking. There’s not much evidence to support this, however.

The most commonly accepted story traces its origins to Marin County, California, in 1971. Five students at San Rafael High School would ritualistically meet at 4:20 PM in front of a statue of scientist Louis Pasteur to smoke marijuana. It’s been claimed that the first time Dave Reddix, Steve Capper, Jeffrey Noel, Mark Gravich, and Larry Schwartz met, they were trying to decipher a “treasure map” provided by Capper’s older brother supposedly containing the location of “a free weed farm.” They never did find this patch of free cannabis, surprisingly enough.

However, it didn’t deter the intrepid quintet. As history tells it, 420 became a code between them. Under the influence, they would challenge each other to find ever-more interesting things to do, calling their adventures “safaris.”

As amusing as this story is, it might have been forgotten had Reddix’s brother not been friends with Phil Lesh, bassist of the Grateful Dead. Dave Reddix went on to work with them as a roadie, and the rest is history. 420 was popularized by the band during their travels wherever they went. In December 1990, a group of Deadheads distributed flyers to people in Oakland, inviting them to smoke “420” on April 20 at exactly 4:20 pm. One of these flyers ended up with Steve Bloom, who happened to be a reporter for High Times magazine, an authority on cannabis culture. In 1991, the magazine printed this flier, marking its first appearance in broadcast media.

Bloom later claimed that the people who wrote the flier actively wanted people all over the world to get together and collectively smoke marijuana on the same day each year. In tribute to these visionaries, the magazine continued to reference 420 thereafter.

Historically, 420 was part of a wider non-establishment movement that sought to protest against systemic problems in the country, like overseas wars and corporate power. As marijuana legalization has gained pace—it’s now legal in 18 states plus the District of Columbia—many people have realized the holistic benefits of medical cannabis. Research continually shows that marijauna usage is far safer than alcohol consumption, and both scientists and legal advocates have worked to destigmatize cannabis. As part of these efforts, the holiday has become an increasingly social and commercial event.

Fairs, festivals, and concerts are pretty common around the country. The Cannabis Cup is perhaps the world’s largest cannabis competition and festival. It takes place in different cities every year, where hundreds of vendors showcase their products to tens of thousands of attendees. Over the years, the event has grown, featuring concerts by musicians like Snoop Dogg, 2 Chainz, and Soja.

It’s one of many events, including comedy acts, cannabis trade shows, and marijuana-friendly speed dating events that take place each year. The Great Midwest Marijuana Harvest Festival is the longest-running cannabis event in 420 history. The holiday is also increasingly commercialized, with businesses sponsoring public events and finding newer ways to leverage it to market their products.

Cannabis-enthusiasts everywhere celebrate 420 in their own way. Some don’t attend the public festivities, preferring instead to stay at home and enjoy some marijuana with friends or by themselves. For others, it’s an opportunity to campaign for further legalization and availability of cannabis.

How to Celebrate 420 in Texas?

Texas has had a mixed history with 420. The state legalized medical marijuana in 2015 through The Texas Compassionate Use Act but limited its use to specific qualifying conditions. It also legalized hemp in 2019, following a federal law that did the same in 2018. Recreational marijuana, however, remains illegal. While there are indications that local law enforcement agencies are taking a more liberal approach to it, using marijuana without a CURT-registered medical prescription is a criminal offense in Texas.

None of this, however, means that you can’t celebrate 420 history and participate in the 420 holiday in your own way. There are plenty of legal ways to celebrate the culture and enjoy medicinal cannabis products in Texas.

The classics must come first, including Dazed and Confused for the true Austinites. Other choice selections include Harold & Kumar, Pineapple Express, Cheech & Chong, Mac & Devin Go to High School, and Soul Plane. You can also binge on a 420-themed show. High Maintenance, Bong Appetit, Broad City, and King of the Hill come to mind. Or brush up on your 420 history with a marijuana documentary, like The Grass is Greener, The Legend of 420, or The Culture High.

Discover the culinary and nutritional advantages of hemp. Hemp seeds are a rich source of nutrients, such as protein, vitamin E, and phosphorus, as well as fiber and essential fatty acids. They have a creamy texture and a mild nutty flavor that goes with almost anything. Try out Bong Appétit: Mastering the Art of Cooking with Weed for some delicious hemp and CBD-infused recipes.

If you’ve had a busy week, there’s no better way to celebrate 420 history than to spend a day at a CBD spa. Many users find that CBD oil does wonders for their muscles and joints, helping them to relax and destress. It may also help relieve symptoms of chronic pain and inflammation and improve sleep. Indulge in a decadent deep-tissue CBD massage and zone out in true 420 style.

Delta-8 THC is derived from hemp, so it’s currently considered legal in Texas. Delta-8 pre-rolls and vape cartridges are widely available, over-the-counter products that are legal and available to Texans without a prescription. As a Texas 420 patient, you’re entitled to a 10% discount on our CBD and Delta-8 products.

There’s no reason Texans can’t celebrate 420 history and the holiday. As long as you bear in mind the regulations surrounding cannabis, April 20 can be just as much fun in Texas as elsewhere. Keep up with the Texas 420 blog for the latest in marijuana regulations and useful cannabis updates. If you’re a Texan seeking relief for a qualifying condition, you can determine your eligibility in less than 60 seconds. Get started today!